Here you go. Our weekend that is award-worthy… 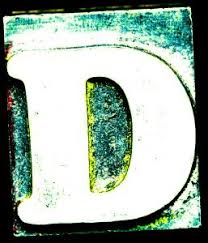 
I had been trying to come up with a really good “D” entry for my alphabet blogging, and finally gave up and started an entry about our dogs. Boring, but it was all I could come up with. I kept hoping something better would come along before I posted it. Well, this weekend things got interesting and I now have a good one for D! I also figured out how when something goes terribly wrong, a person’s first thought can be, ‘Quick…Camera! Blog!’ haha
D is for…. DEMOLITION!
First, how about a little story?

Back in March, a huge storm blew through and tore up our roof. The next week, we called to have the insurance company come look at it. Four weeks later, we still had not heard from them. My dad called back, and so did I. Two weeks later, they came to look at it. About a week after that, we finally got a check. Then, my sweet husband insisted on doing it himself. He’s done roofing before, so it shouldn’t have been a big deal. But oh wait, we live in Arkansas where the weather is insane all year long and he works out of town a lot. Sooo, it started raining in April and continued into May. Not much roofing got done. This weekend, KAIT was calling for a sunny and warm weekend, and Steven was off an extra day. Yay! We could actually get some roofing done.

Day #1: Saturday morning he got up and went to work on our roof. Then he realized he couldn’t find his knife and needed a new one for cutting the shingles. Off to Lowe’s we went. What happened while we were there? RAIN! Lots of it, too. We came home to discover some leaks in our kitchen. Fun stuff, but not a huge deal, right? Um, no. We couldn’t get that lucky. We went to a cookout that night, and when we returned home, we discovered that part of the ceiling had fallen in our garage. Again, not fun, but it wasn’t a HUGE deal because it was in the garage, and honestly I am surprised it didn’t fall a long time ago just from the moisture in our garage.

went into the attic to pull back the insulation to let it dry, but before he could finish that it was too late. The ceiling in the kitchen cracked! Our goal was to get back at the roofing and worry about the inside stuff later. He started doing more roofing. Thankfully, I checked my e-mail. I had gotten an e-mail from the local tv channel that a storm was headed our way that night. Crap. Off to Wal-Mart we went for some better methods of covering our half-shingled section of roof. I climbed up and helped him cover everything with plastic. (It was actually kind of nice up there. We talked a bit, enjoyed the light breeze, listened to some coyote pups whimpering as they settled down for the night. We had no idea of what was to come.) We even nailed the plastic under the shingles, and he hauled plywood up to the roof to be nailed down on top of the plastic. When the rains came, they came hard! (By the way, when it started raining at our house, the news was saying that it was still 30-45 minutes away from us. Huh?) More leaking accompanied the rain. Back to the roof he went (in the rain) to try to fix the problem. Nothing worked. At about 10:30 p.m. we gave up after a huge bolt of lightening hit a little too close while my husband was on the roof. I pulled out some pans to catch the water and avoid ruining the floor, Steven took down the light fixture, and we started the demo on our kitchen ceiling. 🙂 We finally went to bed about 1 a.m. on Monday, after each of had taken our third shower that day!

Day #3: Steven had planned to get as much done as possible on the roof that morning before going back to work, but guess what. More rain.

Now for some pictures of our lovely weekend project…

So tell me, Mr. Weatherman, what happened to that “sunny & warm weekend?”
Next weekend, we’ll be headed back to Lowe’s for more sheetrock for the ceiling and praying for dry weather. I am rather proud of us though. We can do home improvement projects together, even when they go terribly, terribly wrong. We don’t gripe at each other and throw fits. I actually busted out laughing about it and pretty soon had Steven goofing off too while we worked.

On the brighter side, we did REALLY hate that popcorn ceiling. 🙂

Making life a little prettier and a little easier Dismiss